I’m sharing these beautiful scans of images by fantastic photographer Vernon Trent after I visited him in Dusseldorf earlier in the year. They are wetplate collodian images, a fascinating photography process where most of the shoot is spent in the darkroom carefully preparing for and then eagerly anticipating the results. They are pieces of black glass, which act as the photographic bases, painted with silver chemicals which when exposed through a gorgeous old camera and antique lenses, bathed and poured with various mixtures (I won’t pretend to now be an expert; I just watched with wide eyed intrigue) and there born is a little art creation.

It was a very enthralling and mysterious experience to be part of, and see these illusions come alive. To me the images have an ethereal, transient quality, with individual texture and character adding to the mood. I love the third, and fifth one especially … it looks like I’m covered in some kind of flowing forcefield, the way the lens captured the sheer fabric I had wrapped around me. I like them very much. 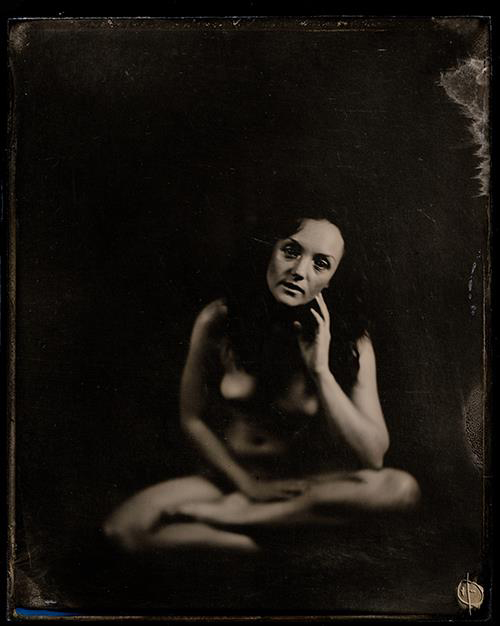 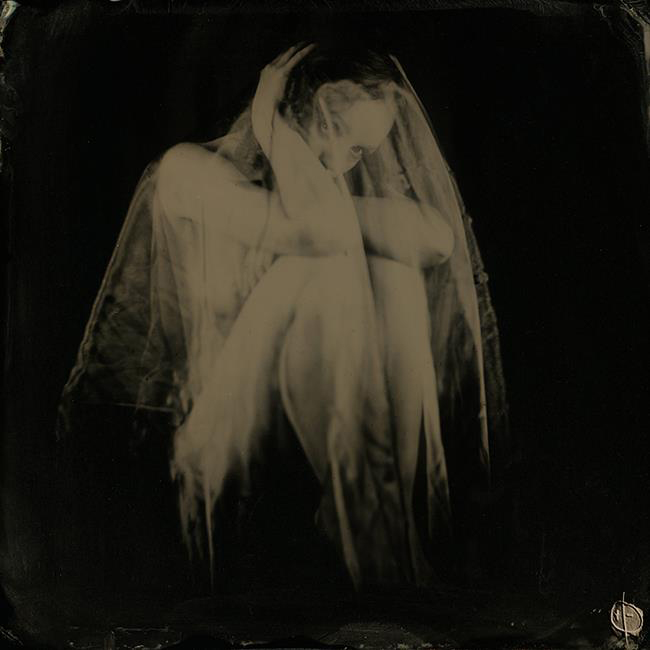 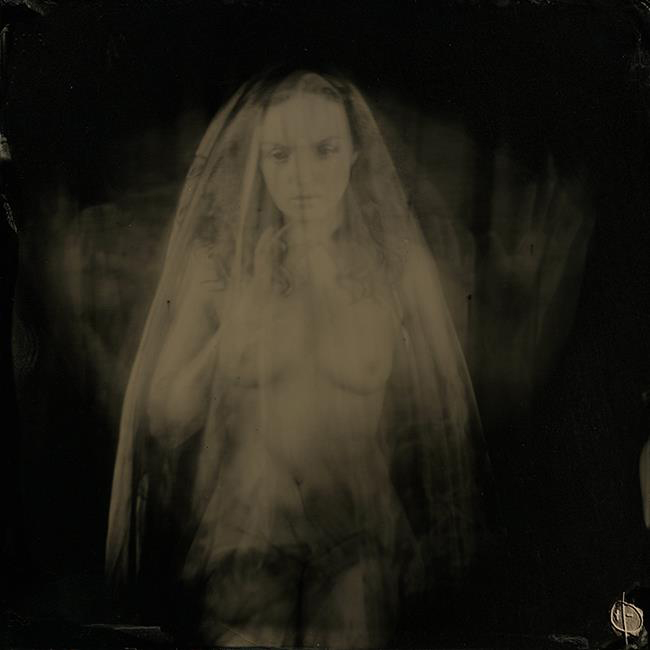 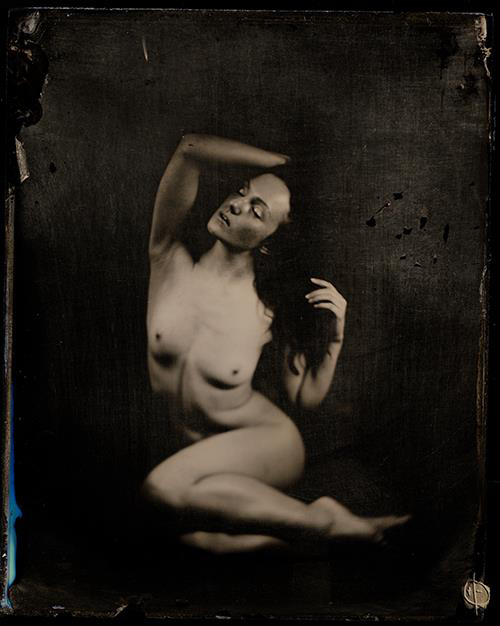 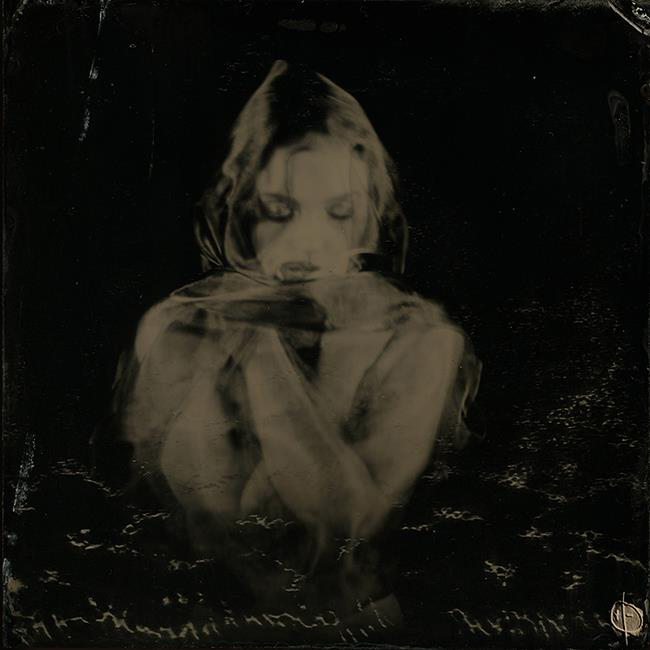 What I loved most about the process was the feeling the images seemed to contain; they seemed more than a documentation of a pose or a girl, I felt like I could put an energy though into the lens, as it was open for around 10 seconds as I held still, and during that long exposure, and through the slide being whisked into the darkroom to be dipped and washed as I waited by Vernon’s side as he donned gloves and went through the careful routine, which takes about 15 minutes per shot from setting up the pose to finishing the plate – it was like something of me got extracted into the glass (well, I like to think a bit hocus pocus, it makes it more special) 😉

These photos below are snaps I took around Vernon’s studio gallery of other amazing plates he has on display, from wonderful detailed flower still lifes, to stunning, engaging portraits. They all had so much allure in them – so much life, incredible clarity in the focus, but also a hazy, fleeting feel – ghosts frozen in time. It is a beautifully poetic technique. 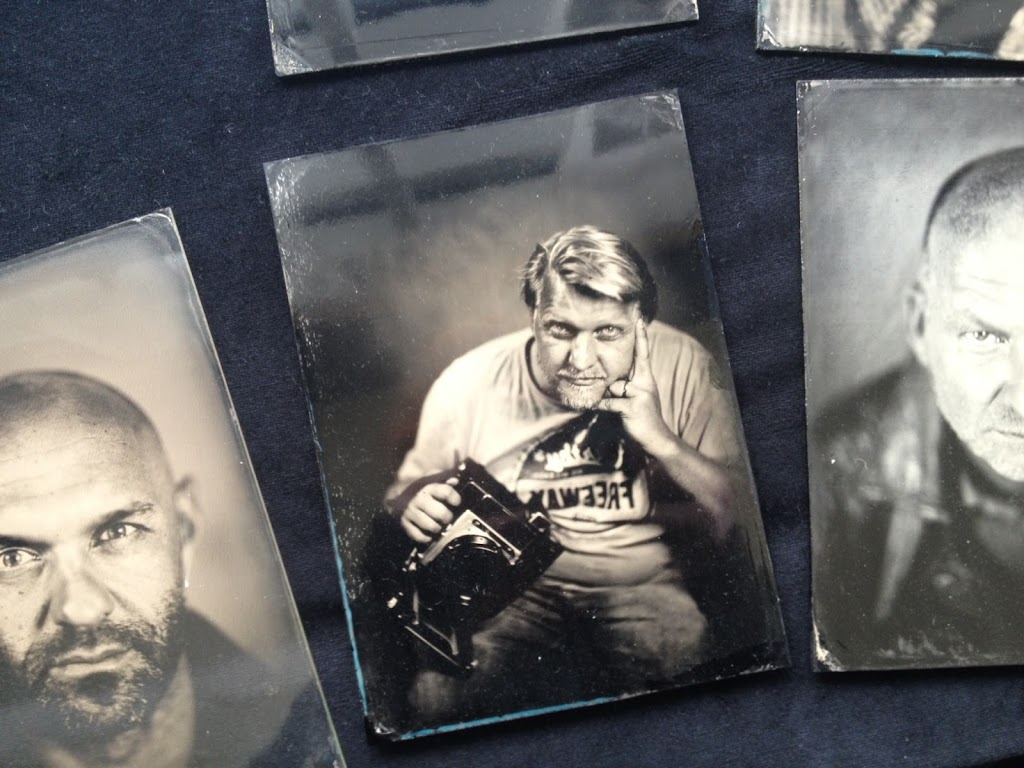 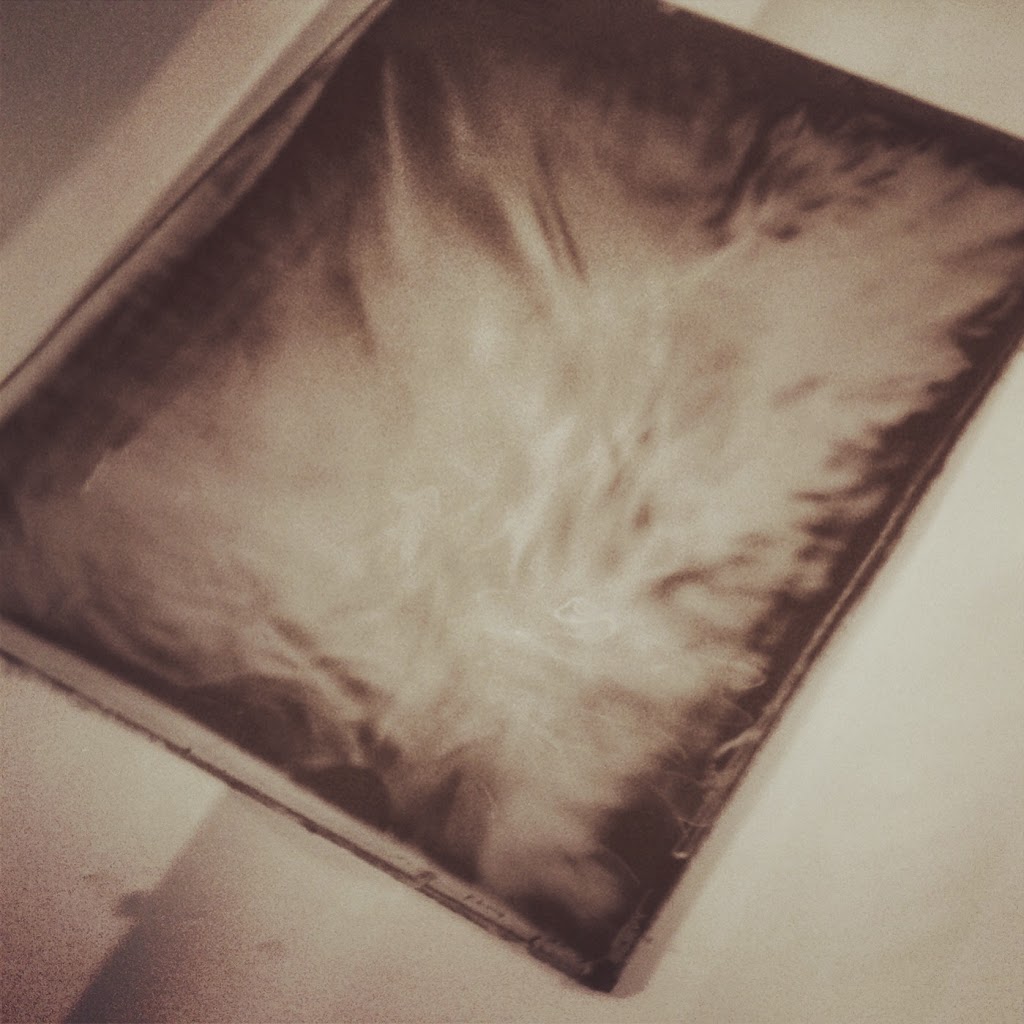 The above pic here shows one of my wetplate images just as it went into the developer… the few seconds where the chemical dissapates in a flurry of fiery, smokiness and the capture is revealed, then to be set and later varnished (mmm and it smells like lavender!).

With a few of the poses we shot, they got put through the whole process, but for a while the chemicals were causing some problems making a cloudy layer over the image, which was not up to quality in Vernon’s eyes, so although a nice shot, we needed to try them again. Instead of leaving the plate though, he just physically wipes off the ‘negative’ with his fingers, my image and the chemical ‘paint’ falling off in soft flakes and washed away, vanished from temporary existance. That was weird. So fleeting. It can frustrating from a model’s point of view when you’re used to being able to perfect each pose with a digital camera and so easily go back to try things again, when with this you had to just let go and let the process decide the look and fate of each take. A really amazing experience.
So my finished plates, which I was allowed to keep, lovingly wrapped up in padding and trailed in my suitcase all the way through Germany, Netherlands and Belgium and flown back home, are a super precious souvenir 🙂

« Portrait with Greens
The Giant’s Garden »