I had some great news recently that a painting of me by artist Louis Smith was accepted into the BP Portrait Awards, and brilliantly it was announced yesterday he is shortlisted along three other artists for the prize award!! You might have seen me write about it on my Facebook Page already… but here is a link to the article on the BBC news website http://www.bbc.co.uk/news/entertainment-arts-13060213 (I have BBC news as my homepage and look at it almost everyday so to be on there is pretty freakin’ awesome!) It has also been in last night’s and today’s newspapers (I am referred to in most as ‘naked model Holly’) and I’ve had lots of emails and messages of ‘is this you?’ and congratulations, as far as from Canada, Hawaii & New York! So thank you! I am very excited and can’t wait to go see it when the exhibition opens on 16th June at the famous National Portrait Gallery in London!!

The man behind this is, of course, the artist; amazing Manchester based Louis Smith, classically trained and painting for all his life. You can read in his Bio his interesting struggle and development throughout his career, which lead to him deciding to fully commit to Classical Realism Art, going to Florence to study for three years, and since being shortlisted for the Threadneedle Prize as well as the BP Portrait Award.

You can see more of his work and read his thought process on his website www.paintaportrait.org (I’m going to use some extracts from his text to help tell you more about the painting too) There’s also photos of the step by step process and set design, helped by the wonderful and talented Carmel Said. 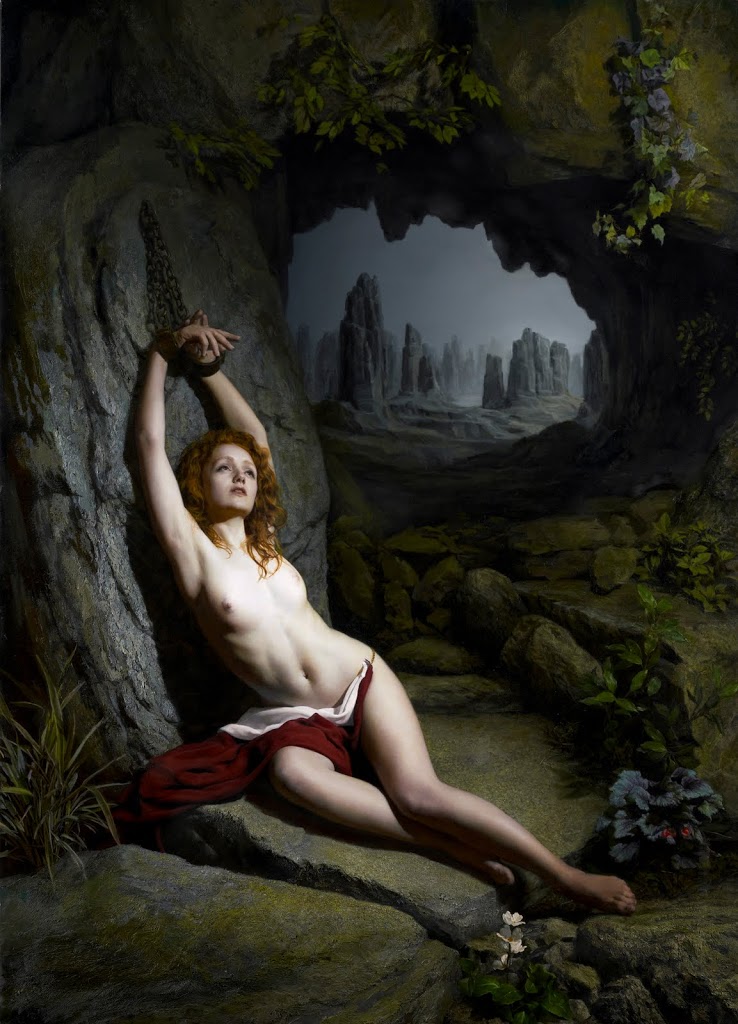 The painting entitled ‘Holly’, which is Oil on canvas, shows the type of art Louis enjoys to do; portraits of people but in historical and mythical settings to add interest, as a kind of dramatic and theatrical scene where they are the star. It’s a style called ‘narrative portrait’ that was used years ago for anicent nobels, where they would commission paintings depicting themselves as educated scholars, warrior type figures, athletes or mythological figures. Typicaly idealised in the nude or some state of undress, when the culture celebrated the human form as a higher aesthetic.

Louis writes… ‘The stories from Ancient history and religion are a moral guide through the experiences of the human condition… usually dark tales with the hero emerging triumphant. We can all identify with the parts characters have played in these dramas. I would like to use narratives which the sitter can relate to as a personnel affirmation for the future.’

In the painting for the awards, the portrait of me is based on the allegory of Prometheus; but in female form. Prometheus was the champion of mankind from greek myth, who stole fire from Zeus and gave it to mortals. Zeus punished him for his crime by having him bound to a rock while a great eagle ate his liver every day only to have it grow back to be eaten again the next day. ‘In this portrait Holly is looking into the face of the eagle with a calm resilience, accepting the fate that lies before her. It’s a heroic gesture of composure in the face of adversity.’

Donor portraits were common through Medieval and Renaissance times, where the person who had commissioned and paid for the painting would feature within it, usually shown kneeling to one side, smaller in the foreground of the image and late into the Renaissance, whole familes would be included. By the mid 15th century donors were shown integrated into the main scene, as bystanders and even participants.

I think the concept of themed portraits is brilliant and am already thinking of other scenes and stories I would love to be added into myself, the idea of being plucked and painted into another time/place conjures up amazing images of jumping from one part of history into another, like a fantasy timetravel or narnian magic (it sort of reminds me of when the little girl in Roald Dahl’s ‘The Witches’ is transported into the painting and remains living there static, but with her position eerily changing from day to day) The thought of being immortalised in your chosen scene, giving whatever image and message you desire is a powerful and exciting thing.

Louis also teaches workshops and portrait courses and there’s some videos on his website to demonstrate his painting technique, as well as all his contact details.

I hope that if anyone reading can get to London you will be able to go and visit the National Portrait Gallery to view the exhibition when it starts on 16th June, to see this piece up close alongside the other 50 of so artworks accepted into this years collection. It is a huge 12 x 8 feet and in a giant golden frame so you shouldn’t miss it! Let me know what you think 🙂

Finally a big congratulations to Louis again for being nominated for this superb award, I am very pleased he is getting great recognition for his skill and dedicated hard work, and a huge thank you to him for asking me to be part of this piece which is a fantastic experience for me 🙂 Best wishes Louis! 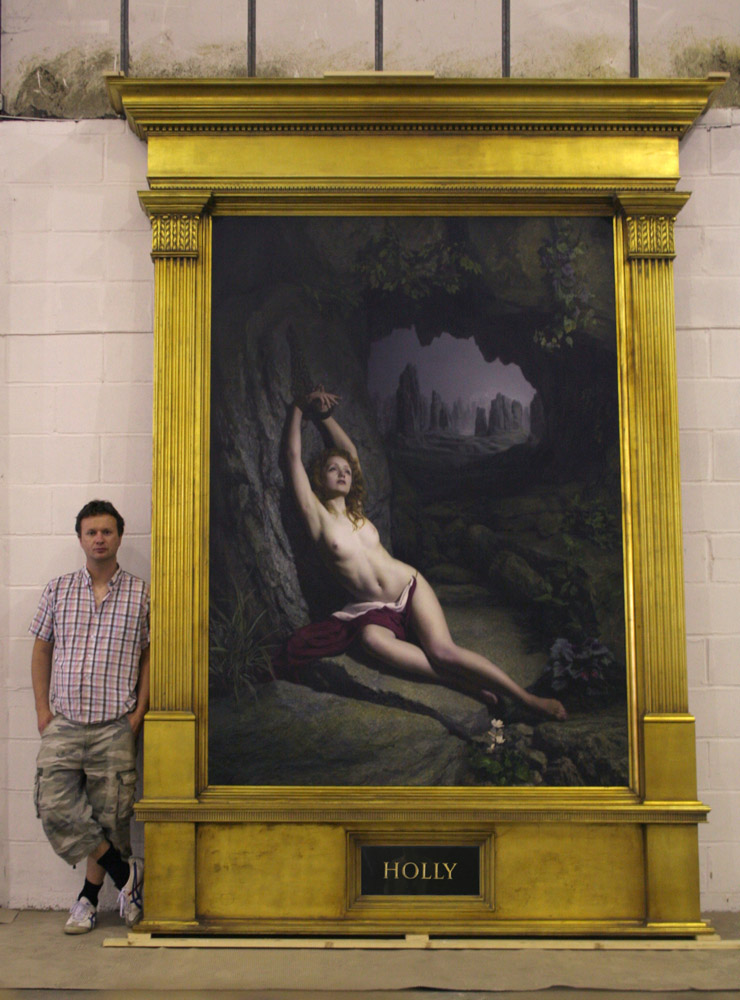 « Raven Child
Through My Reflection »