I have moved house now, but what a mission! I had so many boxes of paints, tools, old artwork, photographs, magazine clippings, as well as all the clothes, shoes, bags, beauty products, ornaments, cushions, kitchen utensils and a millions odd bits and bobs you’re just kinda hanging onto. I had a huge clear-out, gave loads to charity shops and neighbours, and threw all the useless stuff away. Then we had to clean every window, carpet, sink, kitchen appliance, tile, radiator, lightshade, shelf and skirting board until they were spotless to make sure we get our deposit back. After excessive scrubbing, sweeping and hauling various heavy objects around it was finally finished and the keys handed in. A bit exhausting!

I then whizzed off to a networking event in Wales, The Big Cardiff Shoot! It was super to meet so many new people, catch up with others and do a couple of shoots too, and everyone raised over £1100 for charity, so that was super. These one’s below, taken with natural window light are by Bryan Allman. 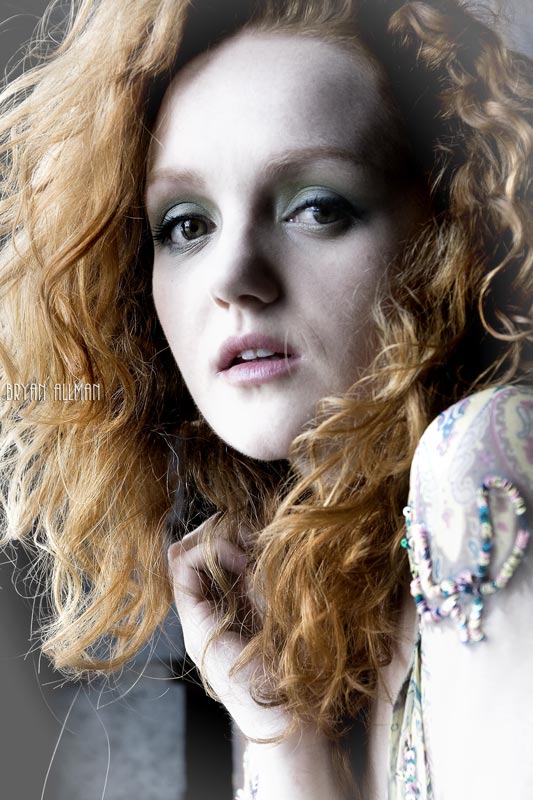 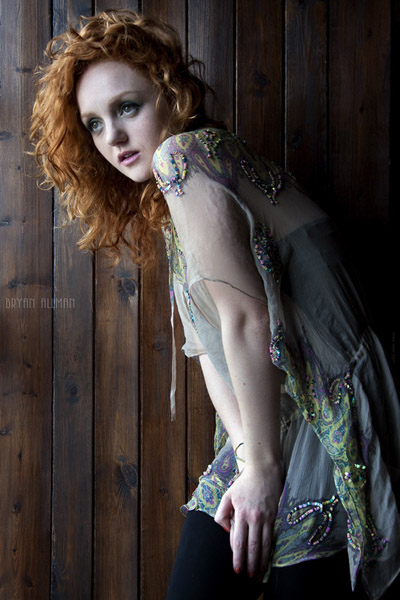 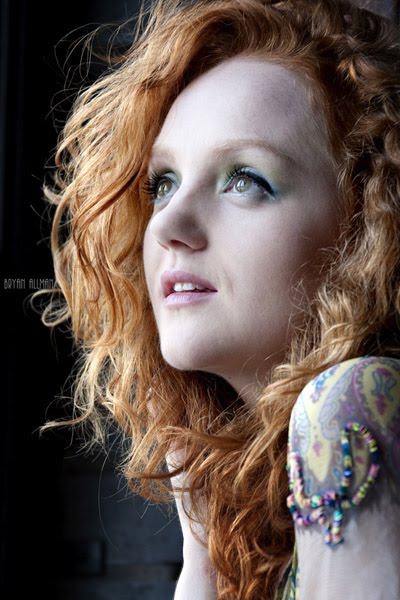 I’ve posed for a couple of artists this week too, one was drawing my portrait for his character in a play he’s writing featuring an auburn haired lady named Amelia. We went to the Oxford Univeristy Harcourt Arboretum, which has over 80 acres of beautiful trees and plants, including huge redwoods, masses of rhododendrons and a beautiful wild flower meadow. 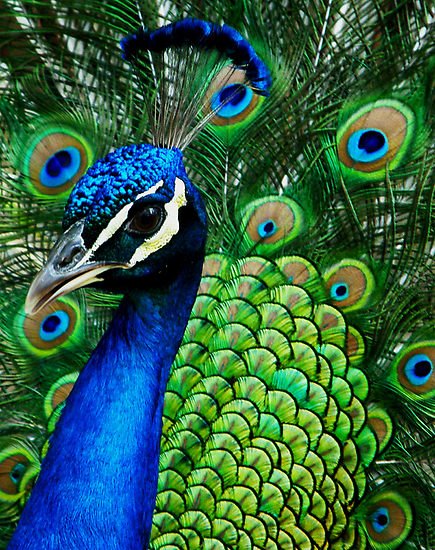 There were so many dragonflies & butterflies nipping around as well as stunning, shimmering peacocks.
I love being reminded how blue that peacock blue really is! It’s astounding, as well as the emerald green on their tails and such exquisite markings. Nature’s colour palette at it’s most saturated and magnificant. I’m always so surprised when I see them wandering over lawns and in parks, they’re such an exotic fairytale creature that they almost don’t seem real in our modern times.

I also worked with sculptor Jos Burton up in Nottingham, who did some wonderful life drawings of me. There’s something so magical about being drawn, it’s so totally different from being photographed.
For a start, from a modelling view there’s a whole set of new rules to learn, because you have to sit for 20-30 minutes or more at a time without moving. The first couple of times I posed for artists I got it so wrong, and soon realised that positions of seemingly pleasant comfort can detoriate into excrutiating pain after just 10 minutes, resulting in a strained neck and tingling dead limbs lolling all over the place when you attempt to get up! So I now know to try and avoid leaning on hands, putting all the weight on one leg, squashing limbs under the body, and placing the head at as natural angle as possible.
So you find a position that is comfortable, but then there is a new problem. As artist’s often like to be quiet as they concentrate on their art, the mood is so relaxed, the heater’s on, and your mind starts to wander, you daydream, your breathing slows, and you start to feel your eyelids growing heavy, suddenly you’re thinking about dancing giraffes chasing you through a maze… (yah I have weird dreams) …and you realise you’ve been sleeping, woops! I was really lucky with Jos though as he mainly wanted to do reclining poses and he didn’t mind if I had a little snooze, as he wanted a completely peaceful and still model (not a bad job hey?)
Photography can capture so much of a person, they say it takes a part of your soul, you are immortalised in that frame, a split second of your life held forever. It is a precious invention beyond genius. I love the notion of physically harnessing a feeling, a look, a movement, a line, harnessing it before it almost blows away in the breeze, freezing it and keeping it.
A drawing captures so differently, it is a record that takes time, maybe even over a few sittings, it is crafted, you are being recorded by the bare hands of another human, making marks to bring your personality to life on paper. Studying so intently; an artist really looks at you, and that is a very special and intimate thing. When I saw the drawings Jos did of me, I was really wowed. I’ve added a sleeping one below 🙂 His style is fairly simple yet the figure on the paper seems so three-dimensional; warm, alive and breathing. It’s truly amazing what delicate parts of the spirit can be preserved just with a pencil and chalk. 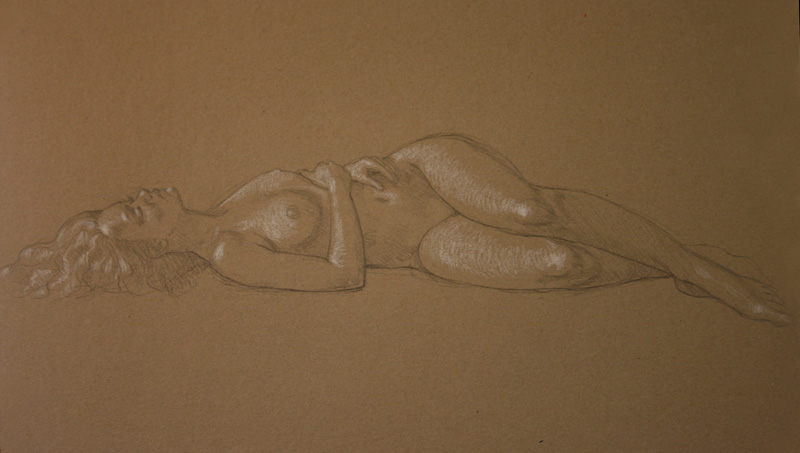 « Red is the Colour
Spotlight on ~ Madame Bink »